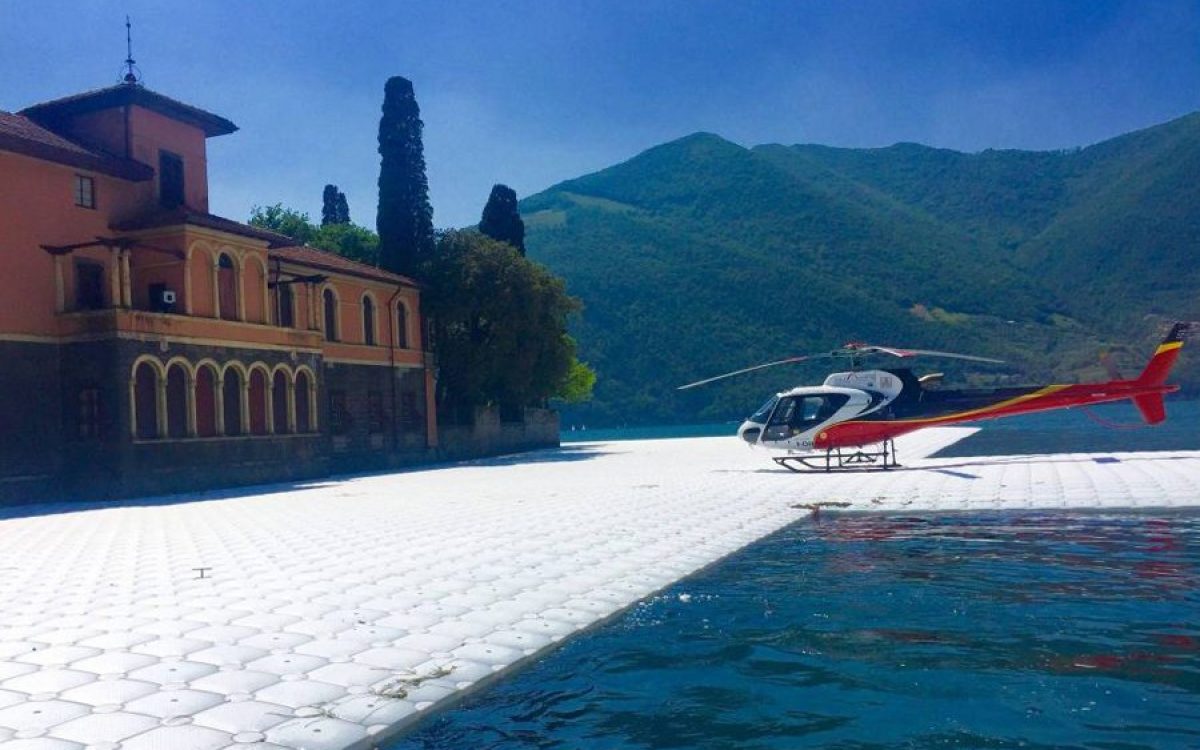 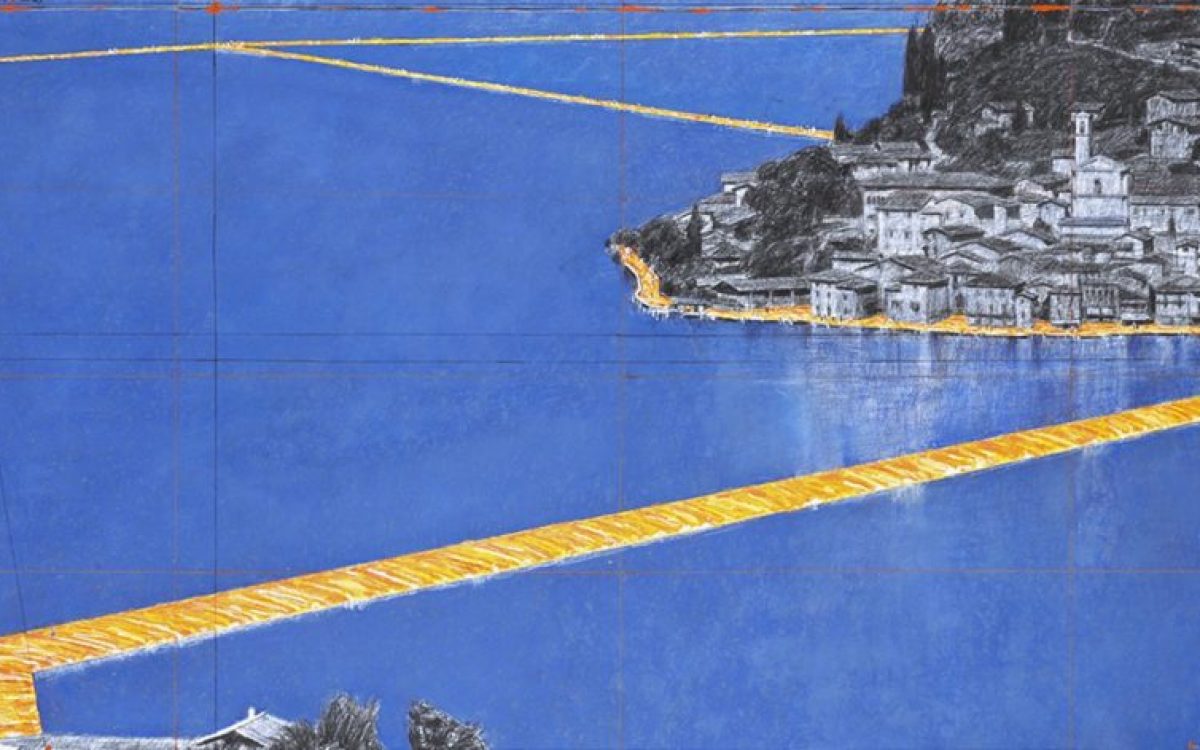 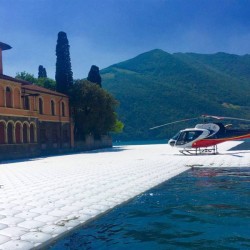 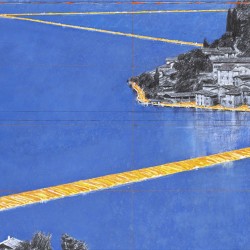 From June 18 to July 3, 2016 – Italy’s Lake Iseo will be reimagined. 100,000 square meters of yellow fabric, carried by a modular floating dock system

of 220,000 high-density poly-ethylene cubes, will undulate with the movement of the waves as The Floating Piers rise just above the surface of the water.

Visitors will experience this work of art by walking on it from Sulzano to Monte Isola and to the island of San Paolo, which is framed by The Floating Piers. The piers will be 16 meters wide. The fabric will continue along 1.5 kilometers of pedestrian streets in Sulzano and Peschiera Maraglio. In the spring and summer of 2014, Christo scouted the lakes of Northern Italy. Along with Project Director Germano Celant, they found Lake Iseo to be the most inspiring location. Lake Iseo is located 100 kilometers east of Milan and 200 kilometers west of Venice. Christo (born 1935) and Jeanne-Claude (1935–2009) have created some of the most visually breathtaking works of the twentieth and twenty-first centuries. From early wrapped objects to monumental outdoor projects such as Valley Curtain in Colorado (1970–72), Running Fence in California (1972–76), Surrounded Islands in Miami (1980–83), The Pont Neuf Wrapped in Paris (1975–85), The Umbrellas in Japan and California (1984–91), Wrapped Reichstag in Berlin (1972–95) or The Gates in New York’s Central Park (1979–2005), the artists have transcended the traditional bounds of painting, sculpture and architecture. Together they changed the concept of “public art” by creating temporary works that are truly transitory by design.
Discover how to reach The floating piers
Info
14 June 2016
by RedMan in