The Palio in Siena 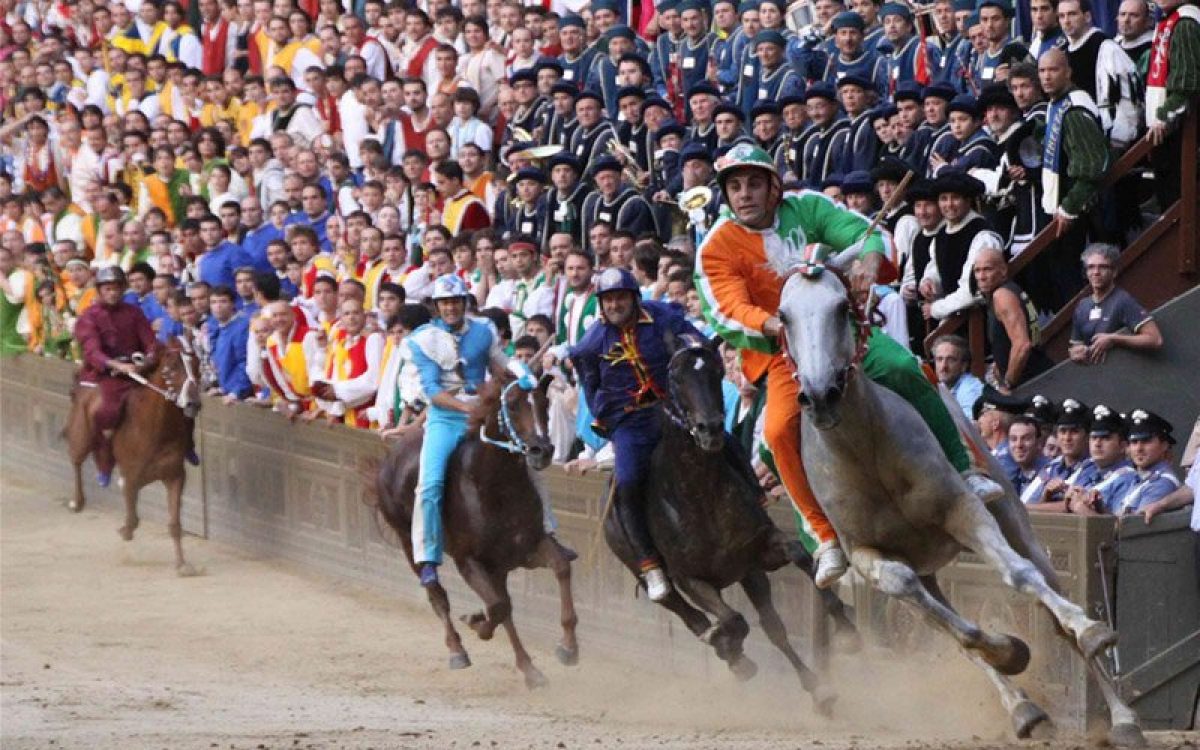 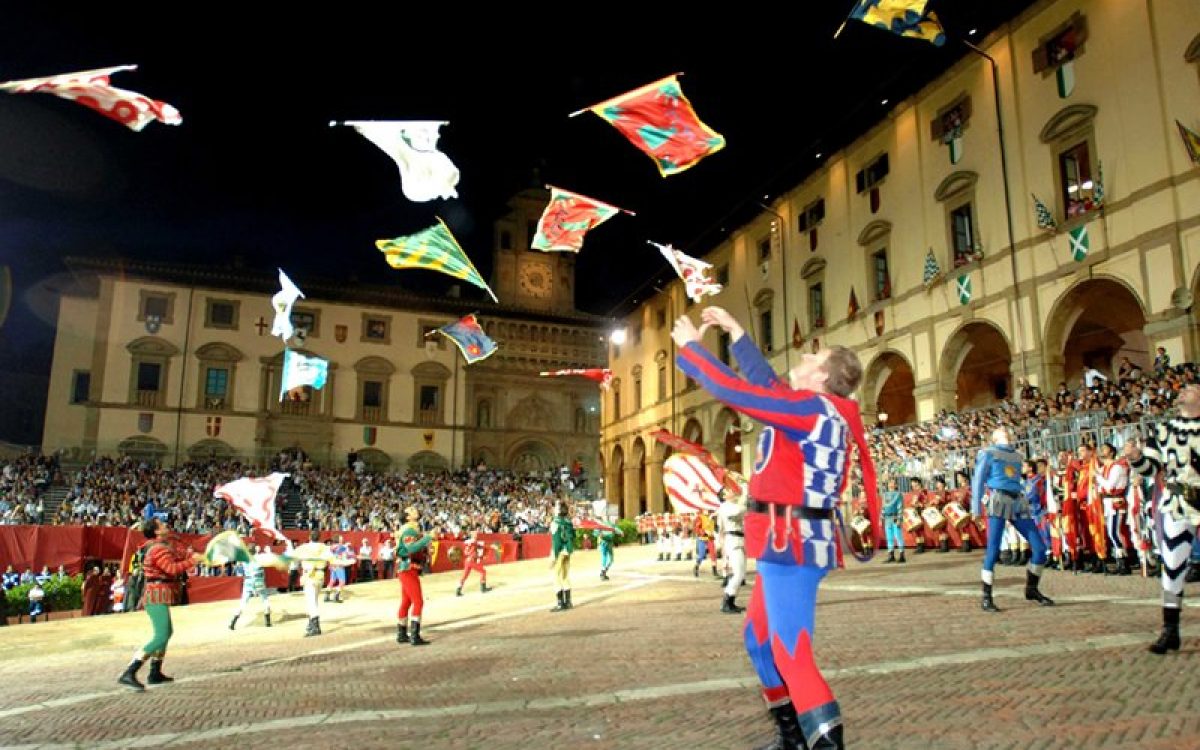 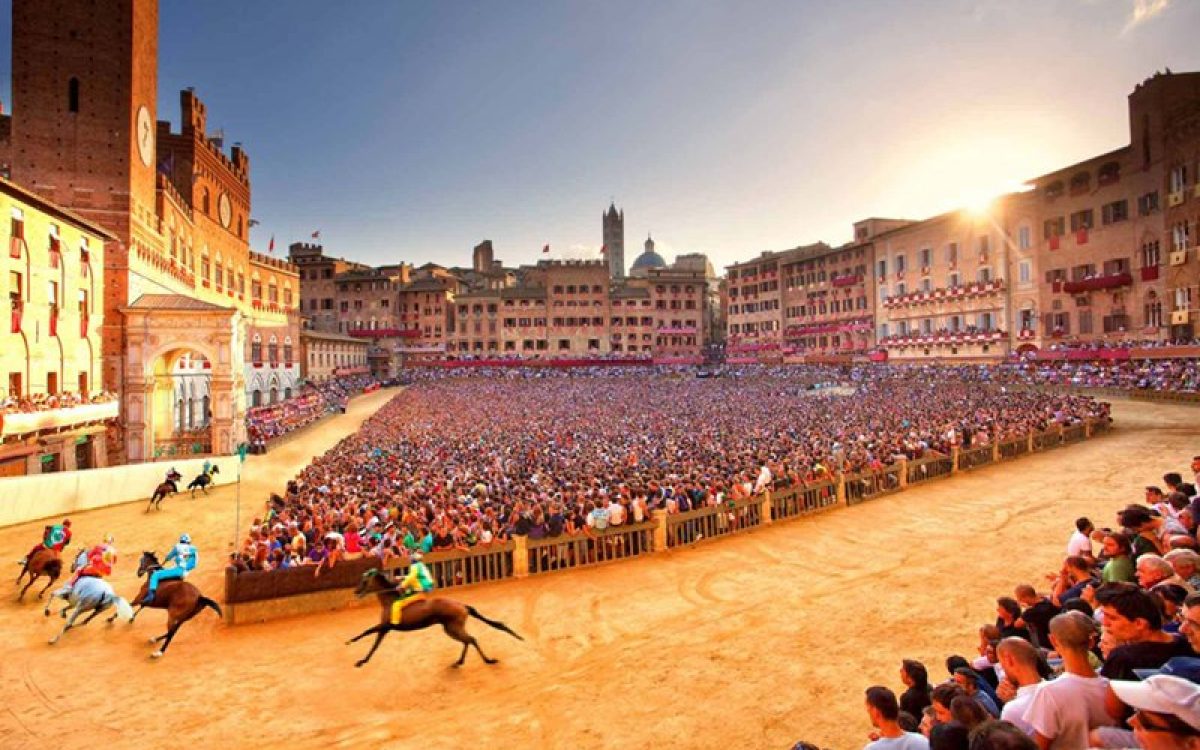 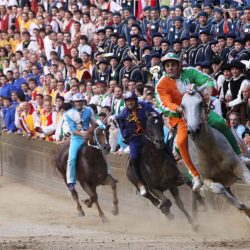 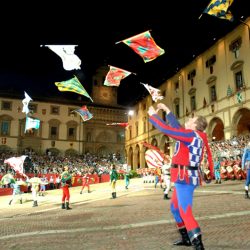 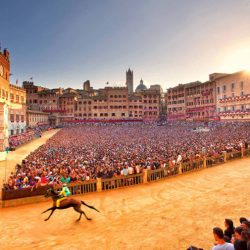 Preparations are underway for one of the most anticipated and acclaimed events of Tuscany: the Palio di Siena in 2017. Ten horses representing 10 of the 17 districts (contradas) with jockeys (fantini), compete during a three-lap race around a course built in the Piazza del Campo, Siena’s central square The race is no tourist-board invention, like some of Italy’s supposedly ‘Medieval’ fairs, jousts and pageants: it has been held almost uninterruptedly since 1644 at least. And it’s certainly not staged for the benefit of visitors. In fact, the 40,000 Sienese who crowd into the Campo on race day (two-thirds of the city’s population) are largely oblivious to their 20,000 Italian and international guests. In the days leading up to the Palio, you can witness la tratta (the selection of the horses, around midday on August 13), and the six horse trials that take place from the evening of la tratta day to the morning of Palio day. To watch these, make sure you’re in the cordoned-off area in the centre of the square by 8.40am for morning trials and 7.15pm for evening trials. The other great Palio tradition are the festive open-air dinners each contrada holds on the evening before the race – on August 15 – with trestle tables running the length of the district’s main street or filling up the main piazza. There are various Siena insiders who can get you into one of these, but an alternative is just to turn up a day or so before at the HQ of your chosen contrada and ask (addresses can be found at ilpalio.org). Apart from the big race, other side events are celebrated in Siena during the entire week, like historical parades and the winner’s flag exhibition on the City’s Town Hall.